In the light of the decision to move London and some adjacent areas into the English Tier 3, and the statement yesterday by the UK Government’s Health Secretary that the rise in infection rates seemed to be linked to a variant form of the virus, there’s discussion again about whether it is wise to relax the restrictions at Christmas, versus concerns about the economic impact of closing ‘hospitality venues’, theatres etc. We may have the same discussions in Scotland when the Scottish Government reviews tiering levels later today – we have already seen disagreement over City of Edinburgh being in Tier 3. Whether the decision-makers are in London or Edinburgh it’s a hard choice to make: what is good for mental health v. creating a spike in cases with which hospitals cannot cope; ensuring that we don’t end up making a choice of life v. livelihoods; recognising that people are capable of assessing risk, and will accept some restrictions v. risking widespread flouting of the rules/guidelines because people feel they are unrealistic. As in all areas of life, some will be sensible, and some won’t (do we understand why they won’t?). How do we as a society contain the risk created by those who aren’t sensible, for their own good – and everyone else’s?

Lord, give wisdom to those required to make these difficult decisions, and wisdom to the rest of us to act in ways that reduce the risk to ourselves and everyone else 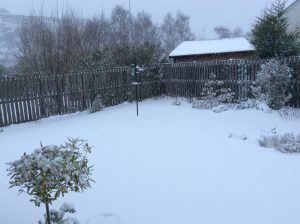