2 International Day for the abolition of slavery

According to the International Labour Organisation (a UN agency) some 40 million people around the world are engaged in some form of modern slavery – that includes forced labour, debt bondage, forced marriage and human trafficking. It isn’t all in ‘far away’ countries – from time to time we hear of people in Britain being discovered being trafficked into the country, or working under conditions which effectively constitute ‘modern slavery’. It can affect us in other ways too: what was the remuneration/ working conditions of the people who made those ‘bargain price’ clothes? There are allegations that some of the PPE imported from China was made by Uighur forced labour. When we lived in Bedfordshire we knew someone who came to the UK from Liberia as a ‘bonded servant’ and held that status here. The ILO also says that 150 million children (10% of the world’s total) are engaged in child labour. There’s still a lot that needs changed in the world 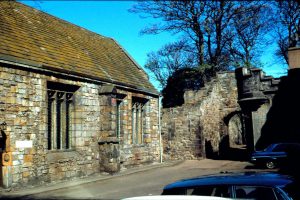