The Rev Mitchell Bunting, minister of the United Reformed Churches in Helensburgh and Dumbarton, prepared this for the Week of Prayer for Christian Unity later in January. We’ll use it then, but it seemed very apposite for today, so with his permission, here it is:

I am writing this short reflection on Epiphany – the ancient Christian Festival which preceded the creation of the Christmas festival  possibly by a couple of hundred years. It is a festival marked by many churches today as we recall the first indications of who Jesus was to become and the first events in his ministry. I was going to reflect on the visitors from the East and their symbolic gifts each indicative of a future Messiah who would be a King of Kings (gold),  a High Priest (frankincense) and a Suffering Servant (myrrh).

But, as I write, another story of abuse of power unfolds in Washington and I am reminded of King Herod and his part in the story of the birth of Jesus. By the time you read this the events in Washington will have moved on from the storming of the Capitol but the events unfolding just now  serve as a reminder of the price we pay for exacerbating divisions in our society rather than building unity.

The Christian unity we share in the Body of Christ is a fragile gift as precious as gold, frankincense or myrrh. Let us pray that we can use this gift to build unity in the wider society in which we serve and witness. 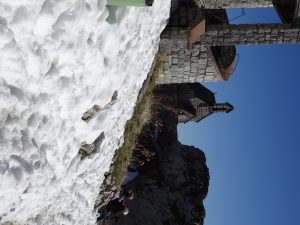