If you are a farmer (whether subsistence, or growing cash crops) and there is a drought so that your crops, and maybe livestock, die, or you have floods that wash away your crops, what do you do? You might be able to survive for a couple of years, but eventually you would have to give up. They need to feed families, pay for education and childcare, maybe pay rents or debts. So they leave the land, and many end up on the edge of towns or cities, often doing unskilled or dangerous work, for low returns. Some may be sold tales of a land flowing with milk and honey (named Europe, or Britain, or the United States, or Australia), and either on their own, or having contracted themselves to ‘people traffickers’, they set off on a dangerous journey that may lead to death or deportation. In destination countries they tend to be referred to as ‘economic migrants’ or ‘illegal immigrants’. The impact of climate change is not limited to just farmers – it also affects fishermen and many other livelihoods

Lord, climate change affects the livelihoods of so many people, with many having to give up traditional jobs and move on in search of work. Inspire governments to work together in assisting people either to manage to continue with their jobs despite climate change, or to find meaningful alternative employment. 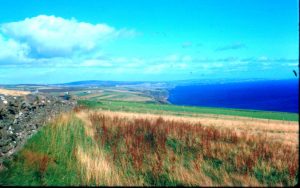