Last week I watched as a lady was feeding seagulls. One bird caught a piece of bread (or whatever it was), and then another viciously grabbed its wing with its beak. The first gull (with the food) gave out yelping noises (whilst hanging on to the bread) and put on a very pained expression. Clearly the one who attacked it was putting it in a lot of pain to try to get the food from it. I don’t know whether one was older than the other, whether they were of the same or different sexes, but it seemed like a clear case of bullying – the one who was stronger was trying to use its strength to get what it wanted, and didn’t care if it hurt someone else in the process. Look around the world and we see human beings doing much the same, whether it’s on an individual basis, groups within countries, or the governments of one country against another. An example in the news today might be the behaviour of Belarus and the Ryanair jet, but we could also look at Russia, or Myanmar or China or… How do we stand up to bullying, whether in the playground, in a neighbourhood or on the world stage? It isn’t just an academic question – it can affect the lives of all of us

Lord, bullying is not new, and it’s not confined to human beings, but it is fairly widespread in the human community. We often feel inclined not to notice it, not to want to get involved, but that only makes it harder to tackle in the long run. Help us, help all in positions of leadership, to be ready to stand up against bullying – and to be ready to recognise when we might be doing the bullying 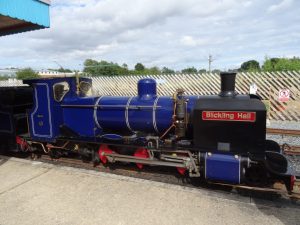