Among the characteristics of the countries represented at the G7 are commitment to liberal democracy, respect for human rights and separation between government and the justiciary.  The freedoms that we enjoy (even during lockdown!) we so often take for granted – but there are millions (perhaps even billions) of people who do not enjoy such freedom. They do not have the right to express their opinion, to criticise mistakes by government or corruption. Many women and people from ‘minority groups’ (whether defined by religion, health, ethnicity, or sexuality) are treated as (at best) second-class subjects, and in many cases specifically persecuted. Without displaying hypocrisy or neo-colonial attitudes, how can the liberal democracies in developed economies support the human rights of people living under authoritarian regimes?

Lord, liberal democracy has many failings, but other systems have many more. We believe that people have human rights which should be respected, enabling them to be themselves, even when that means going against cultural ‘norms’ – always provided that my expression of personal identity and views do not inhibit anyone else’s freedom. Inspire those at the Summit to consider ways to protect and promote human rights around the world. Inspire us to recognise the freedoms we have, to use them wisely, and to respect others’ rights. 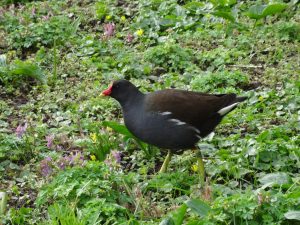