One of the topics for the G7 agenda is considering how to co-ordinate a global response to any subsequent  pandemics. It’s a laudable and necessary aim, having seen the highs and lows of the global response to Covid-19. Perhaps they might like to talk about: i) how to make it easier for governments to disclose that case numbers are rising, marking the start of a pandemic; ii) how to make it easier for a government to admit that maybe something happened within their borders to trigger the start; iii) how to respond when government leaders around the world, and large sections of their population, deny the existence of the virus and the need for appropriate measures to respond to it; iv) how to promote greater inter-government co-operation in areas from research to PPE production to vaccine distribution, and avoid a scramble to ensure that ‘my folk’ are at the front of the queue; v) to ensure that there will be a common approach to matters like travel restrictions. There are probably many more things that need discussed on this topic – hopefully officials will continue the talks after the Summit finishes

Lord, the pandemic of the last fifteen months has had a major impact on the world. We greatly appreciate the co-operation there has been between scientists and governments around the world, but there were times when co-operation could have been much better, and when some leaders gave very confusing or misleading comments. Inspire the discussions at this weekend’s Summit, and any follow-up by officials, on greater co-operation 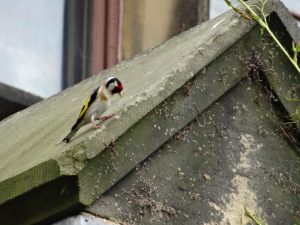