This year’s World Day of Prayer has been prepared by women from Vanuatu, an archipelago republic North East of Australia, formerly known as the New Hebrides. Its 82 islands (65 of which are inhabited) stretch over some 560 miles from North to South, and were volcanic in origin. Some of the volcanoes are still active, and earthquakes are quite frequent. It is also prone to cyclones. Prior to becoming independent in 1980 it was an Anglo-French condominium. The population is around 300,000. The economy is agriculture-based, and growth depends on tourism, construction and offshore financial services. There is a wide disparity in income/wealth, and rural areas are under-resourced. Access to safe drinking water and safe sanitation are big concerns

The World Day of Prayer reflection is based on the story of the two housebuilders: it presents a contrast between life choices based on a solid foundation that can stand up to the storms of life, and those that are not. The solid foundation here being the teaching or Jesus and our relationship with him. The challenge arising from this is to apply this approach at home and in our community, in the wider life of our country and across the whole planet.

Now’s the time to get together

as a worldwide family.

let us work in unity.

Lord, we commit the leaders and people of Vanuatu into your wise hands. We pray that in Vanuatu and everywhere, we can all live in unity, love and peace, respecting and celebrating ethnic and cultural diversity. We ask for protection for people living in places prone to cyclones, hurricanes and volcanoes, and the damage they cause. We bring you our concerns for those suffering from addictions 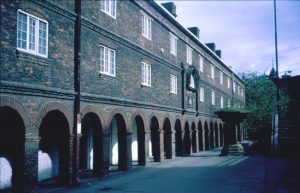