The Parliaments and Assemblies of the UK have been recalled today for members to pay tribute to the Duke of Edinburgh, who died on Friday. Although his lifestyle was very different from that of most people, there were many areas in which his life experience, and opinion, was not so different. His childhood was challenging, he lived through the dangers of the Second World War, relationships among his children and grandchildren were not ‘perfect’. He had experience of serving in the armed forces, he liked sport, he was a plain speaker, he didn’t like pomp and circumstance or fuss. He was brought up – like many of his generation – to live out life with a sense of service and duty to family, community and country, something which he sought to do to the end. As we remember and pay our respects to the late Duke, maybe we should also take time to remember and pay our respects to those surviving members of his generation, and those who are no longer with us 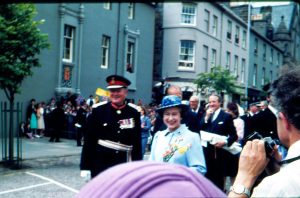