Over the past few years we have become aware of the concept of ‘fake news’ – the deliberate spreading of misleading or untrue information – something we particularly associate with some users of social media. There are concerns that some governments may be behind some of the deliberate misinformation, and we even had one prominent politician declaring that we live in a ‘post-truth’ age. Among the unwritten, but hard won and dearly cherished values of liberal democracies are: i) a belief that there is such a thing as ‘truth’, that people have a right to hear the truth, and that all organisations (including government, the media, the church etc) should strive for the highest standards in delivering the ‘truth’ – cover-ups are not to be tolerated, and when mistakes are made sincere apologies are required; ii) that the media should be free from interference by government or any personal, commercial or other interest in pursuing ‘the truth’. The case of the BBC and the interview with Diana Princess of Wales is high profile because of the people involved, and clearly has caused deep pain to those affected by it. There may be many other cases which don’t hit the headlines where the high expectations of truthfulness are not fulfilled, and have not been thoroughly investigated. This is not the place to focus on the details of a specific case, but it is a reminder to us not be complacent in expecting always to be provided with the truth, to insist on the highest standards, to be ready ourselves to face up to telling the truth, and apologise sincerely when we have erred

Lord, ‘truth’ may be hard to define, but we know what it is. We know that we like to be told the truth, and we know that we are also capable of not telling the truth if it suits us. Not telling the truth leads to a break down in trust, and a breakdown in trust can destroy relationships and the operation of society. Help us as individuals to strive for truth (and a readiness to admit errors, and offer sincere apologies). Help us to work for the highest standards in communal and public life too 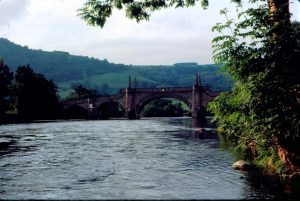