There are various commemorations taking place today to mark the creation of two separate jurisdictions on the island of Ireland one hundred years ago today – effectively creating ‘Northern Ireland’ as a political entity separate from what became the Irish Free State, now the Republic of Ireland. Differences in identity among communities on the island of Ireland, and difficult relations between governments in London and those communities go back a very long way, and sadly over that time many lives have been lost, many people have acquired physical or mental scars, and communities have been torn apart. In recent years things have been better than they were, but Northern Ireland is still a long way from being at peace with itself. The past cannot be air-brushed out, but let’s hope and pray for wise leadership to help Northern Ireland to address its social and economic problems, as well as its problems of identity, coming to terms with its past and developing a common vision for the future

Lord, we know the problems that have been in Ireland and Northern Ireland, and the pain and anger they have created. We ask for your help in bringing healing to people and to communities there. Inspire its leaders to address the social and economic issues that it faces, and to create a common vision for the future, built on mutual respect, peace, justice and prosperity for all

PS Photo is the head of Loch Broom 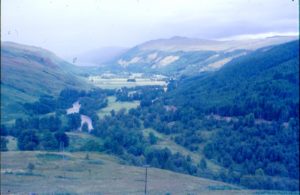