Once again there is a story in the news of migrants (including children and possibly a baby) trying to enter Britain but losing their lives in the Channel, when the craft they were in capsized. The flow of people trying to enter the country without the requisite paperwork and authorisation is persistent over many years. Many have lost their lives making the journey. Governments have tried various approaches, but nothing so far seems to have halted either demand to come her or the deaths en route. There are many issues involved: the flow of migrants to Britain is part of a much wider flow of migrants around the world (cf the experience of Malta and Lampedusa in the Mediterranean). Some of the movement is caused by people fleeing civil wars or oppressive regimes in the Middle East and Africa; some by economic hardship arising from climate change; some by promises of lands of wealth and opportunity beyond the sea. Authorities and communities in many countries have struggled to cope (cf the Moria camp on Lesbos), and in some quarters anti-migrant/foreigner feelings have been stirred up. This complex situation appears to be being exploited by gangs for their own financial gain – making wild promises, charging high prices, and largely leaving their ‘clients’ to their own devices (and in many cases arrest or death). Governments need to take steps to deal with the gangs, they may propose measures to discourage travel, but ultimately the only real way to end the Europe-wide ‘migrant crisis’ is to address the root causes in places like the Middle East and Africa – not something that governments anywhere may find particularly appealing

Lord, the Christmas story tells of Jesus being a migrant, fleeing abroad for safety as a small child. The whole issue of migration is much larger than the experience of one country, and its causes are complex. Help governments to recognise and address the larger picture, not just local symptoms. Help them too to deal with those who are seeking to exploit vulnerable people 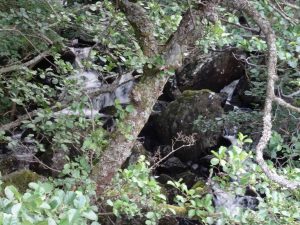