I spotted a headline for a comment section in one newspaper this morning saying, ‘The PM shouldn’t be embarrassed to say greed is good’. I haven’t read the article, and so cannot comment on the arguments raised in it, but it maybe encourages us to think about values and value-systems in our 2020s world. Life in the USA under the last president, and the conduct of the election there, suggests that the divide is not just between two political parties competing for who holds power, but rather that there is great polarisation over values, ideals and vision for the country.. If we look at the way that governments in places like China, Russia, Myanmar and various Middle Eastern countries behave we realise that there is no global consensus on ‘human rights’. Here in Britain, as we listen to politicians talking about domestic and foreign policies, about their vision for a post-pandemic country, we realise that in many areas there are wide differences in the vision they have for the future. Are they flying their own kites, or do they reflect deep differences among the population? Where does that leave people of faith here and elsewhere around the world? How much is our value-system driven by our faith? Do we see faith-based values (something like ‘love your neighbour’, ‘love your enemy’) as vitally important for us and for the wider community, or very much internalised ideas that may encourage us to make a donation to charity or the foodbank, but don’t impact on areas like public life, how we vote, and our vision for the country’s future? We must also recognise that among the ‘people of faith’ community there can be deep divisions too, some claiming that their faith-values underpin a world of co-operation and human rights, and others saying that their faith-values mean that certain behaviours (eg religious freedom, LGBT relationships) should not be tolerated

Lord, we seem to be living in an increasingly polarised world, where there is less respect for human rights, more focus on what ‘I want’, an increasing tendency to oppose anyone or anything that is ‘different’. For many people of faith (and many people of no faith) these are not trends that are welcome. There are others who say that their faith-values require that certain behaviours should not be tolerated (whether that relates to religious faith, sexuality or whatever). Those of us from a Christian tradition believe that the values shown by Jesus were the values that matter to you. Help us to own them and live by them. Inspire everyone (especially governments) to know and work for the values that matter to you 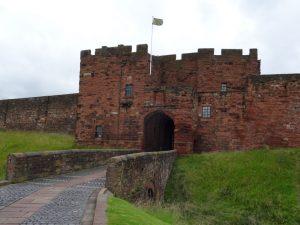